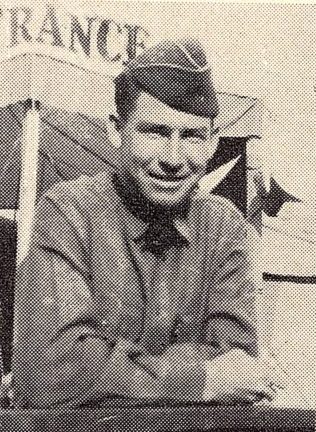 Corporal Asburn A. Speer 39225349 US Army. He served in the Second Armored Division which has been in combat in North Africa since Christmas, 1942, and has experienced some harrowing episodes in carrying ammunition to the front line. After entering the army, January 1, 1941, he was trained for two years at Fort Benning, Ga., under General George E. Patton, the man who took pride in building the largest armored tank division in the U. S. Prior to being in the army, Corporal Speer worked as a mechanic for E. K. Wood Lumber Company in Los Angeles. A sister, Mrs. Laura W. Mentzel, lives at 4255 Greenbush Avenue, Van Nuys and LaVaughn Speer US ARMY WAC.