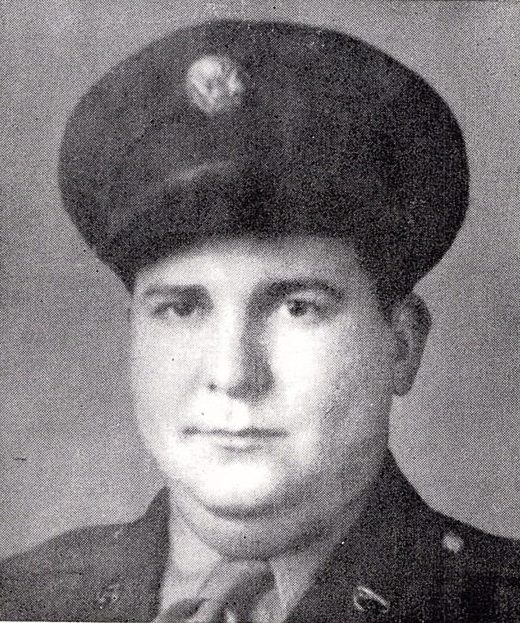 Private First Class Marshall Cady, US Army KIA. He was born on July 30, 1921, the son of Rev. Harold Milton Cady and Mabel E Cady of Vienna, Illinois, formerly of Rushville. At the time of his enlistment he was 5 foot 8 inches tall weighed 200 pounds had brown eyes and brown hair. He served as a rifleman with Company C, 311th Infantry, 78th Infantry Division, Third Army. His unit was at Camp Kilmer 13 days and then embarked for England on October 13, 1944. The trip required 13 days. His unit was in England 13 days and then was sent to the European Continent where on December 13, 1944 the day of the first attack at Raffatsbrand Germany, Marshall was killed in action at the age of 23.