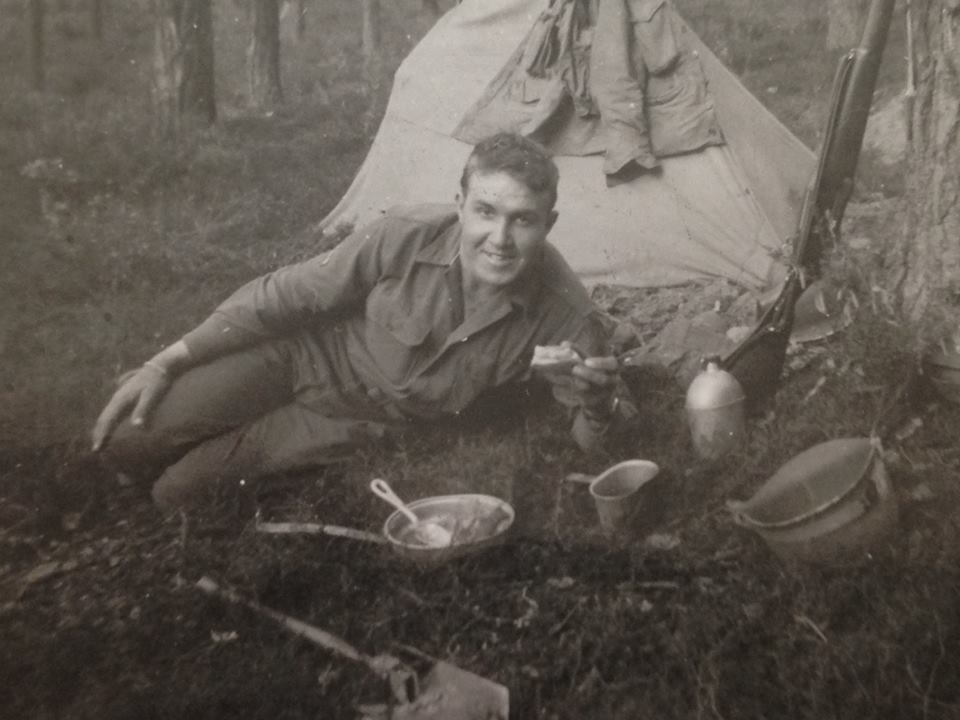 Staff Sergeant Max W. Anderson, 39933479  US Army. He was born in Manti, Utah, in 1925. He enlisted in the US Army at Fort Douglas Utah, on August 9, 1944. He served in 1st Platoon F Company, 253rd Infantry as a BAR man. On March 2, 1945 he was wounded by shrapnel but did not go to the hospital, therefore he did not qualify for the purple heart. On April 6, 1945 when most of 1st platoon withdrew from their foxholes and fell back to Buchhof. PFC Max W. Anderson did not notice that most of his platoon had vacated their foxholes. He noticed that “It had gotten all quiet” and he “looked around and realized that everyone had gone” he did not hear an order to withdraw over the tanks, and artillery fire. The next thing that he heard was Germans talking and he thought “o’boy I’m a dead duck now so I rolled out of the foxhole which was on a road and there was a [road] bank over there,” he made his way to the bank and saw that “there were Two SS troopers sneaking up … and I know they weren’t doing any good so I shot both of them [with his BAR] and I went across and there was an old church.” He had planned to hide out in the Buchhof church until he could “find out where [F] Company went to. ” When he got to the church a kid came running over saying come help me! Anderson asked why? He said, “there are 6 wounded soldiers and they left me here to guard them.” I believe that the wounded men were next door to the church in Mr. Henn’s family house with Staff Sergeant Gerard Hasper of 4th Platoon who was wounded and in command of these wounded men. Hasper and Mr. Anderson stayed with the wounded until B Company found them “4 hours’ later” B Company came and relived them. B company brought some jeeps and they, “got those 6 guys out, I asked them if they know where F Company was and they told me to just go down the road.” Anderson was awarded 2 Bronze Star Medals BSM, The Combat Infantry Badge,  the American Theater of operations Medal, European African Middle Eastern Theater of operations Medal,  World War Two Victory Medal. 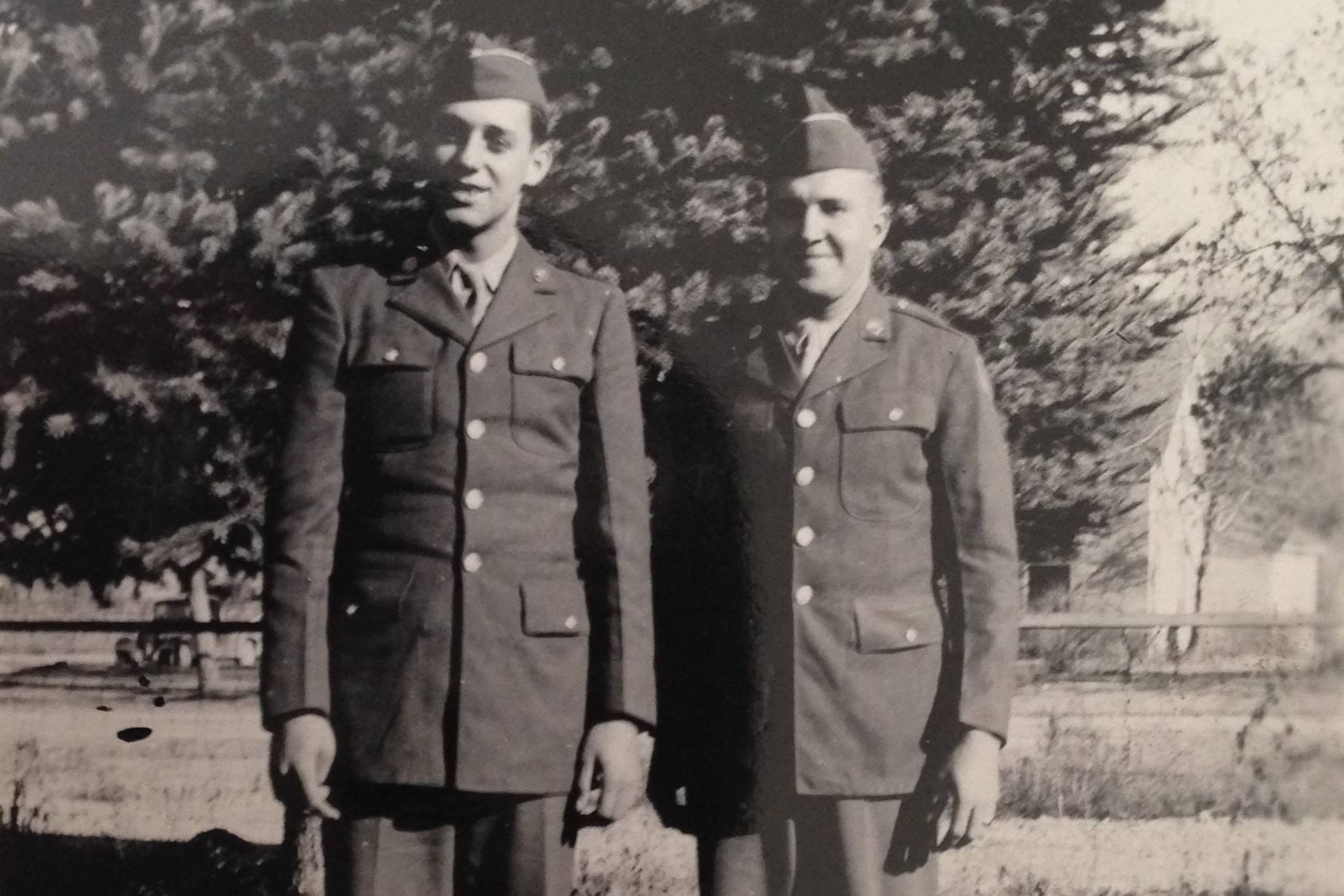 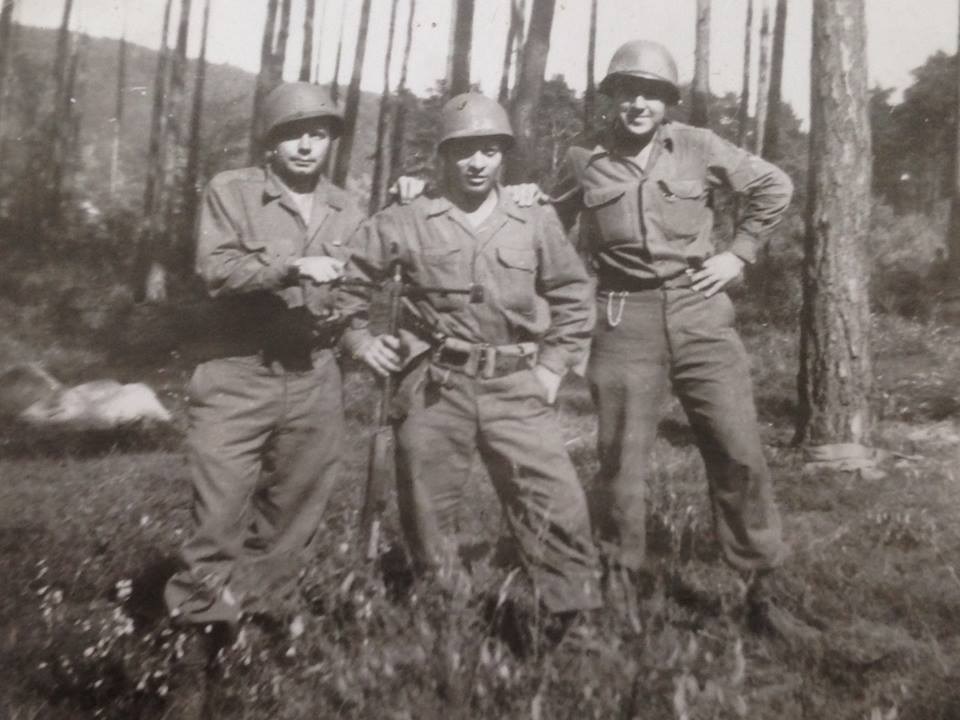 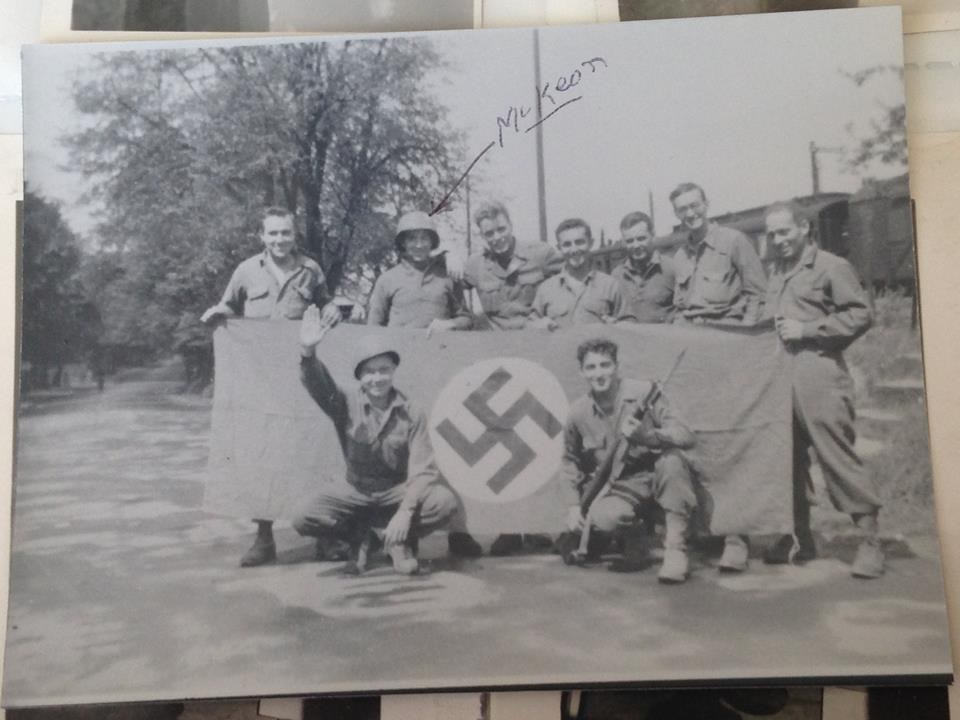 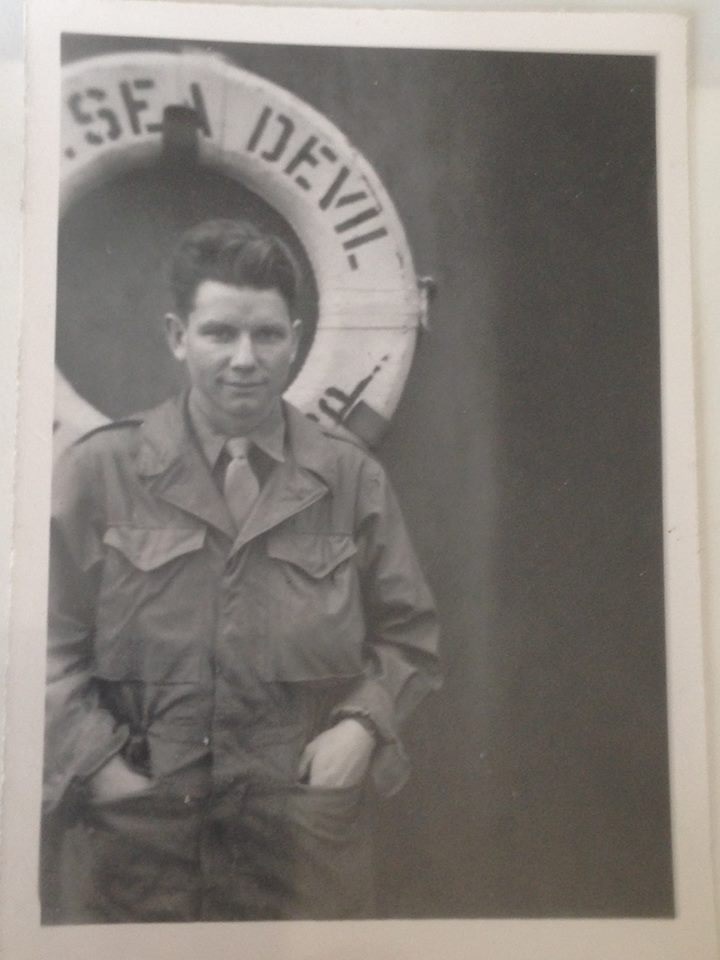