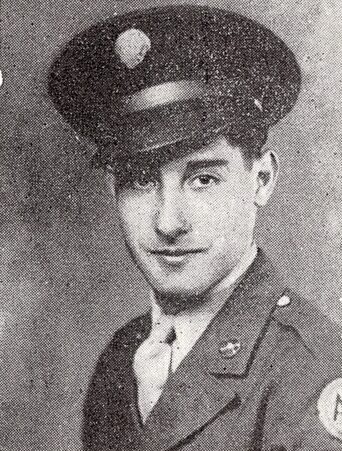 Technical 5th grade Corporal SAMUEL C. SQUILLANTE 32970080 US Army, He was born on December 23, 1924 in Long Branch, N. J., He was the son of Mr. and Mrs. Anthony. Squillante, and the brother of Private First Class, CARMEN SQUILLANTE KIA, Sergeant ANTHONY SQUILLANTE, JR. 32401283, and Private RUDOLPH J. SQUILLANTE 42138294. He attended High School and was a bus driver prior to his induction into the U. S. Army on June 29, 1943. With Battery B, 581st Anti-Aircraft Artillery Battalion, he was stationed at Camp Stewart, Ga., where he earned marksman’s medals for rifle, anti-aircraft and auto rifle and sharpshooter’s medals for skill with the machine gun, bayonet and coast artillery. He went overseas, Corporal Squillante served in Central Europe and the Rhineland. His Awards include: the European-African-Middle Eastern Campaign Medal, the Good Conduct Medal, the American Campaign Medal and World War Two Victory Medal. On April 21, 1946 he was discharged at Fort Dix, N. J.