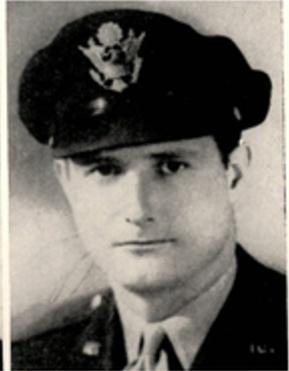 Captain GORDON W. PEEK, U. S. Army. He is the son of Mr. and Mrs. Samuel Foster Peek, of Oxford. He was born October 5, 1916, and attended Pelican High School, Louisiana State University, receiving his B. S. degree, and the Louisiana State University School of Medicine, receiving his M. D. degree. Entering service January 5, 1944, at Camp Barkeley, Texas, at the age of 27. He served as ward surgeon, Gardiner General Hospital, Chicago, and Fort Custer, Michigan; as camp surgeon at a German prisoner of war camp in Hartford, Michigan, and as ward surgeon at the 124th General Hospital, Camp Ellis, Illinois, and Regional Hospital, Fort Jackson, South Carolina. On July 24, 1944, he embarked for England where he again served with the 124th General Hospital as ward surgeon. As platoon commander of a collecting company on the front lines he served with the 76th Infantry Division and the 30th Division, taking part in the heavy fighting of the Ardennes Forest, the Rhineland, and Central Europe. He has the European Theater of Operations (ETO) Ribbon with three bronze battle stars and the Meritorious Service Award for service with the Medical Corps in World War Two.