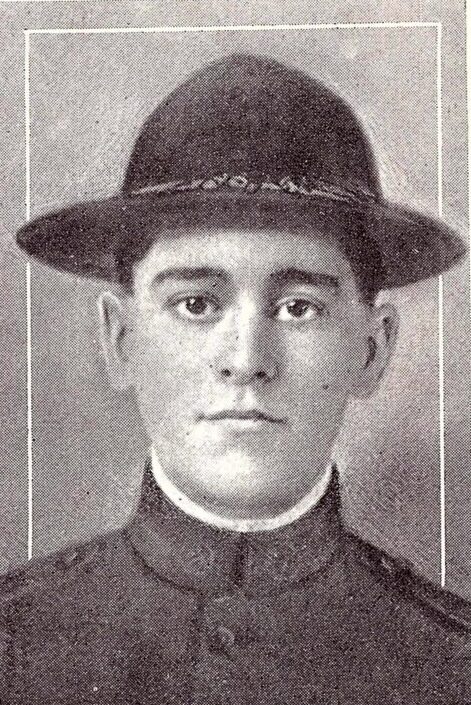 Sgt. John Oscar Miller, WWI US Army KIA / DOW. He was the son of John Simeon Miller and Mary Lillie Miller., of Dallas. John was born in Garland, Texas, February 5, 1892, and was educated in the Dallas public schools. He entered the service September, 1917. At the time of his  enlistment he was slender medium height had black hair and dark brown eyes. He was assigned to Co. C, 315th Field Signal Battalion, 90th Infantry Division. He went overseas in June, 1918. He was gassed in the battle of the Argonne in September, and remained in the hospital until October. After recovering from the effects of being gassed he returned to the trenches and was severely wounded by a high explosive shell, dying some time later on November 2, 1918. He lied buried near Anderanne, France. He was reburied at Grove Hill Cemetery, Garland, Texas.