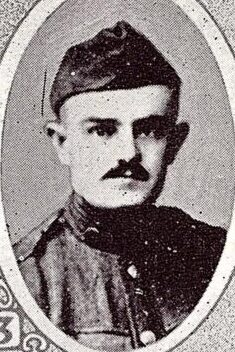 REG. SERGT. MAJOR J. T. JONES US Army WWI. He was the son of Mr. and Mrs. J. T. Jones, of Garland, Texas. He entered the service July, 1917.  He trained at Camp Bowie. He was assigned to Division Headquarters, 36th Division. Overseas July, 1918. He earned his promotion because of efficient service rendered his country. His division participated in Champagne and Meuse-Argonne. He was discharged following the armistice.