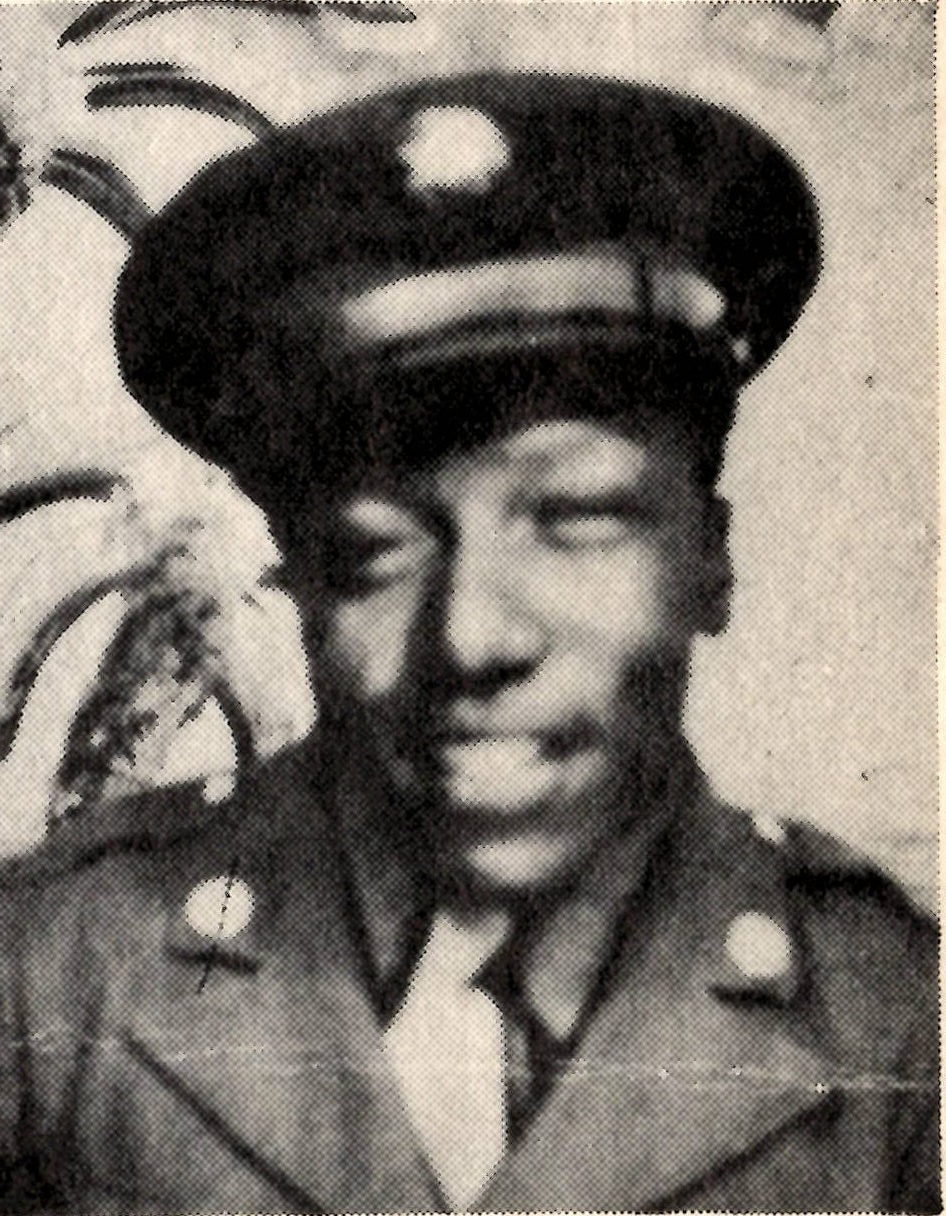 Private First Class James W. Sadler, US Army. He was the son of Mr. and Mrs. Texana Bibles, of Valley Mills. He attended VMHS. He entered the Army, in 1943, and trained at Fort Riley, Kansas, and Fort Kaurtor, Washington. He served in the Pacific, New Hebrides and New Caledonia. He was awarded the Good Conduct Medal, the World War Two Victory Medal and PTO Pacific Ribbon. He was discharged in 1946.