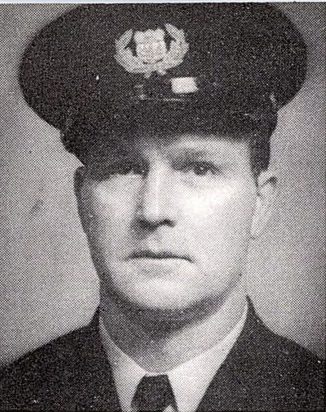 Ensign GERALD A. BOWERS He was the son of Claude K. and Myrtle Abbott Bowers, was born in Schuyler County, January 6, 1906. Entered the Merchant Marine, September, 1943, and was sent to Sheepshead Bay, N.Y., where he was qualified as a second asst. engineer, and was assigned to ship duty on the Atlantic, six weeks later on the USS Ezra Cornell, which carried troops and supplies to the European war zone. Later he was sent to the Officers’ Training School at New London, Conn., and finished the course with the rank of Ensign. Before being discharged in 1945 he served in both Atlantic and Pacific war zones.