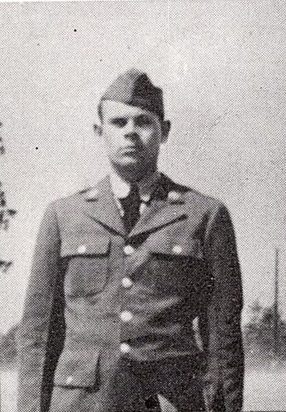 Private First Class JESSE ALLMAN 36313959 US Army (Canvas Worker) . He was born Sept. 28, 1917, in Dawson, Okla., the son of Robert and Cora Byers Allman. He married Ruth McFetridge in January of 1942, in Kahoka, Mo. He entered the US Army on January 27, 1942 at the age of 24, at Camp Grant Illinois.  He serving in the Hq and Hq Company, of a Maintenance Battalion. He was awarded the European-American Theater with one silver battle star for Normandy, Northern France, Ardennes, Rhineland, and Central Europe campaigns, as well as Three overseas bars.